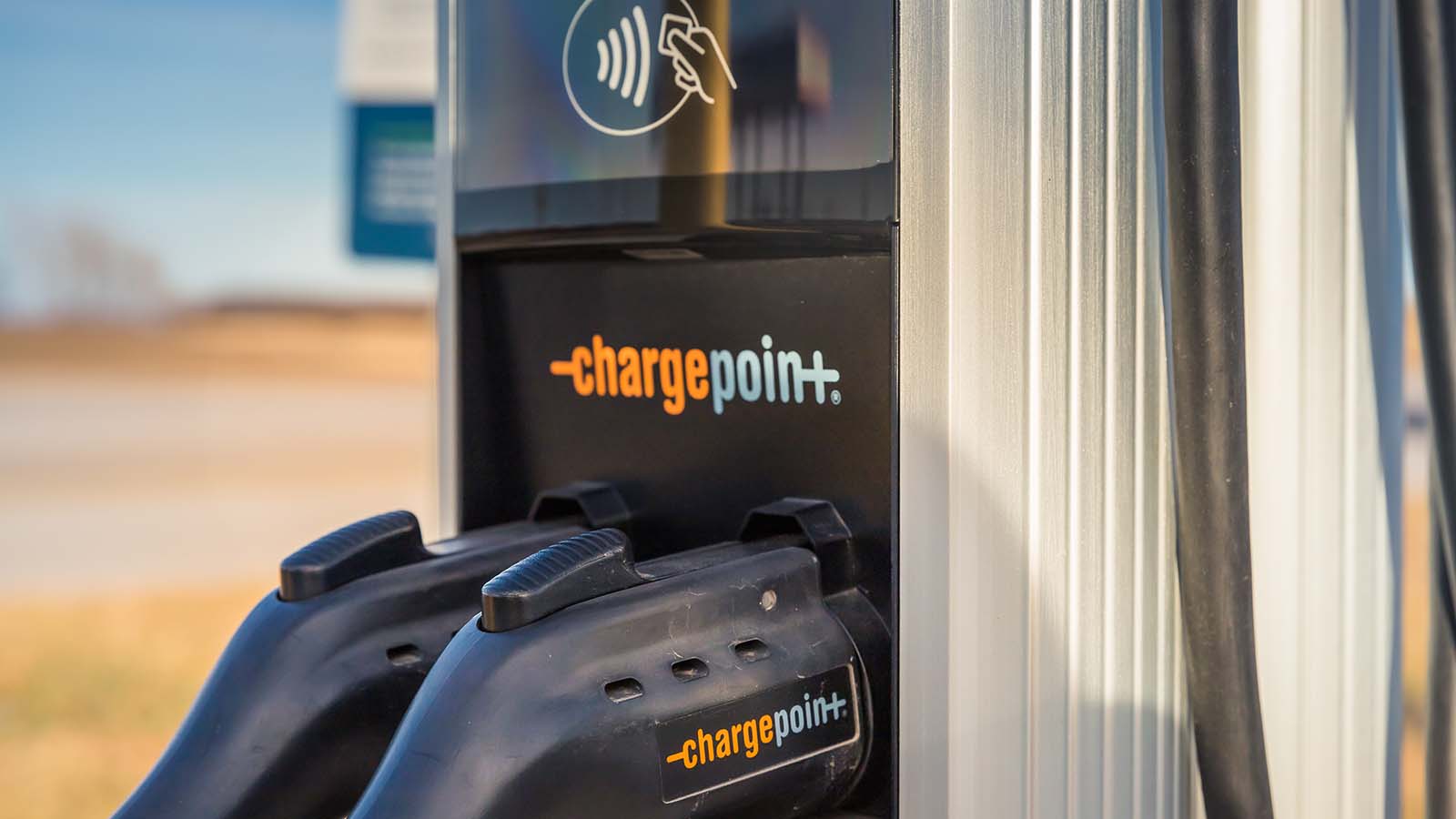 Now trading around $28 as I write this, I’m wondering if the electric vehicle (EV) charging network has enough in the tank to get back to the mid-to-high $40s.

It needs a big push. Here’s why.

Electrification Appears to Be Taking a Breather

If I were picking a collection of stocks to represent the electrification of transportation, in much the same vein as FANG, I would go with: Tesla (NASDAQ:TSLA), NextEra Energy (NYSE:NEE), QuantumScape (NYSE:QS), General Motors (NYSE:GM) through BrightDrop, and ChargePoint.

That spells TNQGC. It doesn’t exactly roll off the tongue. Does it? Oh, well.

Here’s the performance of all five stocks so far in 2021.

You can argue all you want about my choices. Still, it’s harder to argue with the fact that, except for GM (and its performance has a lot to do with its sales in China) these electric-related stocks have been anything but performing so far in 2021, with ChargePoint leading the parade lower by more than 22%.

Not only does ChargePoint need to provide investors with some catalysts in the coming weeks – our own Ian Cooper recently discussed three of them – it’s going to require investors to fully buy into the entire EV thesis.

Canoo (NYSE:GOEV) recently reported its Q4 2020 results. Executive Chairman Tony Aquila led the conference call with analysts. CEO and cofounder Ulrich Kranz was not on the call. Neither was CFO Paul Balciunas. He stepped down to take a job at another company. Executive Vice President Renato Giger is filling in as interim CFO. Giger was also on the call.

Not only did Balciunas step down, but the company’s head of corporate strategy also stepped down several days beforehand. Canoo’s leaking oil at the moment. The lawsuits are starting to fly.

This doesn’t instill confidence in Canoo, nor does it give investors a warm fuzzy feeling about EVs in general. The entire industry, and most especially Canoo – I do believe Aquila, who’s invested $35 million in the company, has the right idea focusing on selling its vehicles to commercial operators – has got to get their act together.

In the meantime, investors wanting to bet on EV stocks will continue to do it through GM, Volkswagen (OTCMKTS:VWAGY), or Tesla. Canoo won’t be on their possibilities list.

You know things aren’t going well when one of the richest people on the planet weighs in on the whole SPAC mess. On Good Friday, Bill Gates said that the entire area of startups has flipped. It used to be that companies stayed private too long. Now, they’re going public too early because they can, thanks to the lax regulatory paperwork currently required by the Securities and Exchange Commission.

I don’t believe that ChargePoint is in that boat. It has revenue above $100 million and is expected to grow substantially as EVs grow in numbers. But there are many stocks InvestorPlace covers that have no revenue or hope of revenues for several years at least.

Further, it seems the SEC is ramping up its scrutiny of SPACs. On April 8, the acting director of the SEC’s Division of Corporation Finance, John Coates, said, “[They] are reviewing these filings, seeking clearer disclosure, and providing guidance to registrants and the public.”

In other words, the party’s about over, and that could spell tough times ahead for legitimate businesses like ChargePoint. I guess we’ll see.

We know that the CNBC SPAC 50 Index, which tracks the 50 largest pre-merger SPACs in the U.S. by market capitalization, is in negative territory through April 8, the first time this year.

It is possible investors will stay away from ChargePoint merely because it merged with a SPAC. Guilty by association.

The Bottom Line on CHPT Stock

In March, I suggested that a buy in the mid-$20s ought to work out nicely if you’re holding for the next 12 to 24 months. I don’t think anything’s changed to alter my opinion.

However, I did caution that patience is required. A month later, more so than ever. In the long term, I do like ChargePoint. I don’t think $46.30 is in the cards for it in 2021.

124 TIP: One Up on Wall Street by Peter Lynch
454 TIP. Current Investment Opportunities w/ Tobias Carlisle
Iron Condors: 101 What is it and How Does it Make You Money?
Buy This Cheap Oil Stock for Big Dividends, Value & Upside Potential?
First Solar (FSLR) and Saia (SAIA) Are Aggressive Growth Stocks