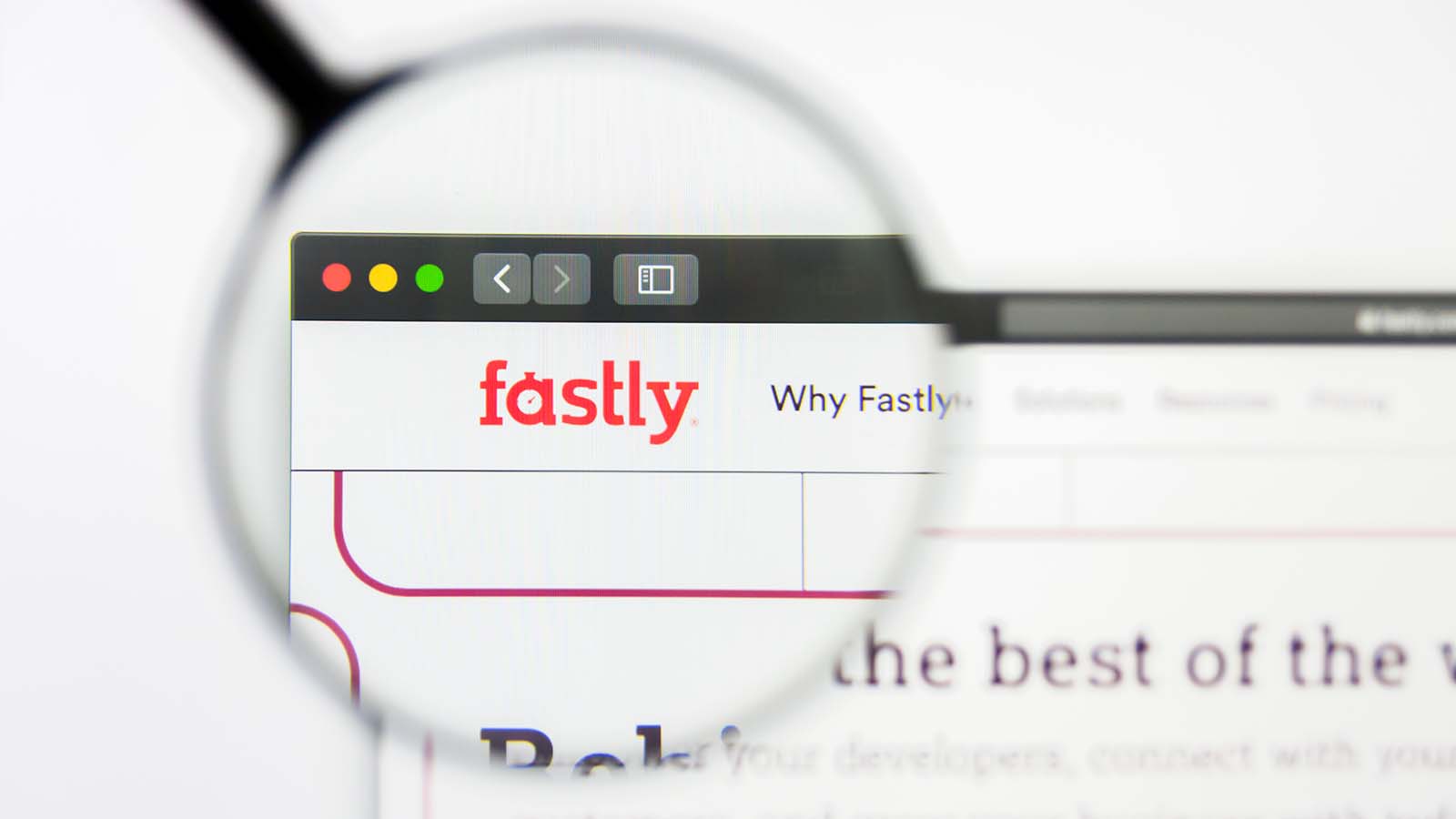 Then the company reported earnings and the stock was cleared for liftoff.

Shares rallied 45% in a single day (and that’s after a healthy recovery from the novel coronavirus lows). Ultimately, the stock went on a post-earnings run of 340%, going from $23.30 to $102.72 in 2 months. FSLY stock eventually topped at $136.50 in October. However, it has since fallen out of favor.

Those who are long don’t like to sit through these types of stretches. But there’s no other way to put it: We want to like Fastly when seemingly no one else does. That’s when the best opportunities seem to arise.

Why FSLY Stock Is a Buy

The way the internet functions is evolving and the coronavirus pandemic has accelerated those changes. When the world shuttered due to the pandemic, it forced more people onto the internet more often. Whether that was streaming video, making online purchases or attending a video conference. There’s a million other applications in between. Before this acceleration, there was already a shift to edge-cloud computing.

That is to say, the internet has become a much better-functioning entity with the addition of cloud computing. It has made life tremendously easier than before, at least in the digital world. However, there are different parts of the cloud to take into consideration.

We’re not going to write a white paper on the matter, but edge-cloud computing is seeing some very nice and very secular growth opportunities. That’s why FSLY stock exploded in 2020, as the company pulled forward years worth of revenue.

Oddly, the biggest critique of Fastly right now is its growth.

Consensus estimates call for roughly 30% revenue growth this year, 26.5% next year and 21% in two years. If that comes to fruition, we’re talking about a company with $577 million in revenue in 2023.

While impressive, I believe these numbers may be conservative. Given Fastly’s early positioning in edge-cloud computing and its latest push into security (boosted by its acquisition of Signal Sciences), I think the company could generate better-than-expected growth results.

However, let’s circle back to the pull-forward in revenue, because it makes the forward estimates more impressive and less important at the same time.

In January 2020, consensus expectations for this year’s revenue expectations were around $200 million. Current estimates now sit at $381 million. For a company growing in the 20% to 30% range, a near-100% increase in expectations in just over 12 months is pretty darn impressive.

Here’s the deal. Fastly is an excellent company but it doesn’t have the type of growth estimates that leave our jaws on the floor. Particularly with shares trading at roughly 21 times this year’s revenue estimates.

However, I think it would be incredibly foolish to ignore two things: The secular growth nature of both edge-cloud computing and security, as well as the pull-forward in revenue.

The fact that Fastly is set to grow revenue 30% this year after that powerful increase is very impressive. In my view, it’s okay that estimates are a bit on the low side given that we jumped several years forward.

Enough of the pull-forward though. What else is there?

How about the fact that Fastly commands a market capitalization of just $7.5 billion? Not only can it work that figure higher in the years to come, but it could also make for a reasonably sized acquisition target in the future.

Let’s also not ignore that total assets went from $320.9 million at year-end 2019 to $1.22 billion at year-end 2020. That’s up roughly four-fold, while total liabilities increased a little more than double from $63.3 million to $158 million. The balance sheet is only set to strengthen after the company recently raised $825 million in 0% interest convertible bonds due in 2026. That was upsized from $750 million, with demand robust for the deal.

We have a company that’s well capitalized and positioned in secular growth opportunities. However, we have a stock that is unloved by Wall Street right now, currently down more than 50% from its high in October.

Much of the volatility we’ve seen in Fastly is related to TikTok. TikTok was Fastly’s largest customer, representing about 11% of revenue. However, the company lost TikTok as a customer because of the latter’s tussle with the Trump Administration and the risk of being banned in the U.S. As a result, TikTok wisely switched edge providers, dealing a blow to Fastly.

Could FSLY stock break $62 and drop to $50? It’s possible. But I think a lot of the risk has been removed down in this range and patient buyers will be rewarded in the future. This company has the makings of a long-term winner.

On the date of publication, Matt McCall did not have (either directly or indirectly) any positions in the securities mentioned in this article.

The InvestorPlace Research Staff member primarily responsible for this article held a long position in FSLY.