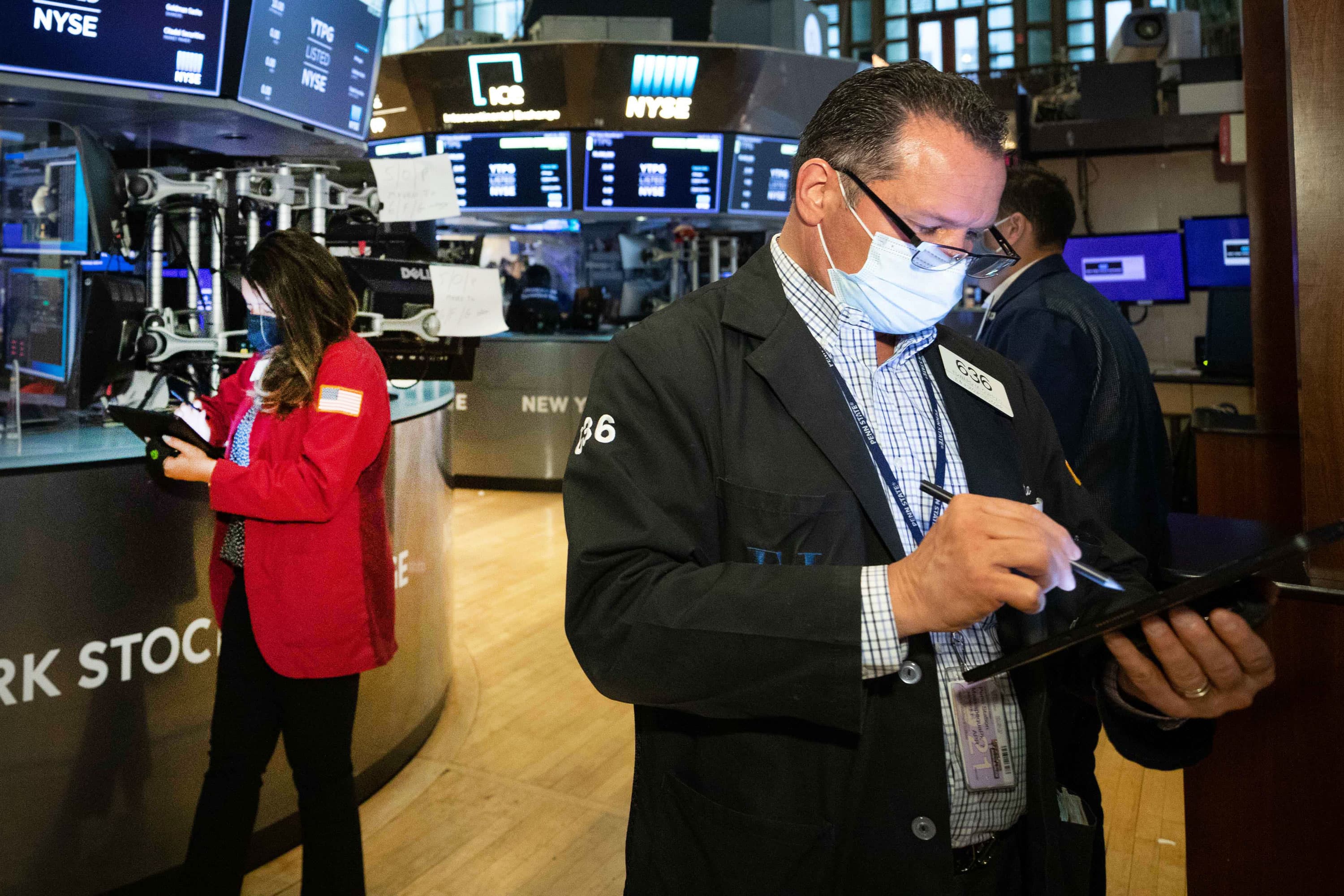 April’s jobs report and a barrage of earnings news make for another busy week for markets, as the calendar rolls into May.

Stocks notched solid gains in April, as REITs, consumer discretionary names and communications services companies outpaced the broader market, all more than 7% higher. However, April finished on a sour note, with stocks selling off on Friday.

“Since November, there’s been a 30% rally,” said Jimmy Chang, chief investment officer at Rockefeller Global Family Office. He noted that historically the November to April period is historically the strongest for stocks. “There’s the adage ‘sell in May, go away.’ It may be somewhat appropriate this year since we’ve done so well in the last six months.”

April’s employment report is released Friday, and the market is expecting a big number.

Economists say payrolls in April could easily reach 1 million, after 916,000 jobs were added in March. Estimates range from about 700,000 to a forecast of 2.1 million from Jefferies economists.

According to Dow Jones, there is a consensus forecast of 978,000 among the economists it surveyed and the unemployment rate is expected to fall to 5.8% form 6%.

Fed speakers will also be important after Fed Chairman Jerome Powell said in the past week that the Fed is still looking for “substantial further progress” in its goals for the economy.

The chairman emphasized that the Fed is not close to tapering back its bond buying program, a surprise to some investors. Some bond market pros had expected the Fed to start discussing cutting back purchases at its June meeting and begin to reduce its $120 billion monthly bond buying by the end of the year or early next year.

“Next week is all about the jobs number, because as part of the Fed’s path to ‘substantial progress’ on their two roles, we’ll see how much further along that path they are next Friday” said Peter Boockvar, chief investment officer at Bleakley Advisory Group. The Fed’s mandate is to pursue full employment and a steady pace of Inflation, which it has targeted at 2%.

The Fed has expected a temporary period of high inflation which it expects to see subside later in the year though Boockvar and others say inflation could be hotter than the Fed expects. The core personal consumption expenditures price index jumped 0.36% in March, with the year-ago rate rising from 1.4% to 1.8%. It is expected to go even higher in April. Headline inflation in the consumer price index is expected to begin running at 3% or better when it is reported May 12.

Just days after Powell’s comments on tapering, Dallas Fed President Rob Kaplan Friday said the Fed should begin the discussion on paring back bond purchases because imbalances in financial markets and the economy is improving faster than expected.

The market’s focus on the Fed’s bond program makes the jobs report even more important. If the Fed starts to taper back those asset purchases, it would then signal it would be on the path toward raising interest rates. Most economists do not expect the Fed to raise interest rates before 2023.

“If this jobs number comes in super hot, it’s going to make people up their estimate on when the Fed might taper,” said Michael Schumacher, director rates at Wells Fargo.

So far, a record 87% of S&P 500 companies have beat earnings estimates, and earnings look to be growing by more than 46%, according to Refinitiv.

Earnings are expected from a diverse group of companies, from General Motors to ViacomCBS. Pharma will be in the spotlight as vaccine makers Pfizer and Moderna both report. Draftkings and Beyond Meat are also on the schedule.

A host of travel related companies issue results, including Booking Holdings, Hilton Worldwide , Marriott Vacations, and Caesars Entertainment. Consumer brands, like Anheuser Busch Inbev and Estee Lauder also report, as do insurers including AIG, Allstate, and MetLife. (A calendar with some key earnings dates appears below.)

Chang said the market has discounted a lot of the positive news already.

“In spite of the really strong reports from the bellwether companies, you’re seeing some of the names starting to peter out a little bit,” said Chang. “I think it’s a sign that so much good news is discounted. I suspect the market is due for a breather. I think in the next couple of months, we’re likely to see sideways movement. There’s likely to be a pullback which will be healthy.”

Chang said he expects some of the “boring” blue chips that haven’t participated as much in the rally to do better. Some of those names can be found in pharma, he said.

Heading into the coming week, investors will be watching for words of wisdom from Warren Buffett at Berkshire Hathaway’s annual meeting Saturday.

Straddles vs Butterfly Option Trades on Earnings
How to Find Unusual Options Activity in ThinkorSwim (Sizzle Index)
BTC011: Bitcoin & our Financial Advisor w/ Andy Edstrom
Should You Hide Out in Wal-Mart’s Stock?
Warning Signs a Stock May Be in Trouble