In October 2020, I created a dividend ladder for an article I was writing about dividend stocks. The idea was to select a stock yielding 1%, 2%, 3%, all the way to 7% or beyond.

The thing is, you can’t always find good companies at precisely each of those yield points at a particular point in time, so you’ve got to maintain some flexibility.

The original seven dividend stocks have all performed well above my expectations over the past six months. However, I rarely recommend stocks for near-term gains. I almost always look out 3-5 years. That’s where the real money’s made.

I’ve been asked to write about 10 ideal dividend stocks for your retirement. I want to repeat my October exercise by creating a dividend ladder. Instead of listing my recommendations in ascending order, this time, I’ll go in descending order from 10% down to 1%.

Like I said earlier, I’ll do my best to meet my yield points, keeping in mind that the overall exercise here is for investors to make money in the long run while remaining relatively stress-free about their holdings.

Some of these stocks are meant to play defense, while others are meant to go on the offensive. Together, they’ll make for a healthy and wealthy retirement. 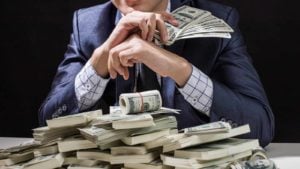 FSKR is a publicly-traded business development company (BDC) that provides customized debt solutions to the middle market. It was launched in 2012, listing on the public markets in June 2020.

Between itself and its stablemate, FS KKR Capital Corp (NYSE:FSK), they have $16 billion in assets under management (AUM) that are integrated with KKR & Co.’s (NYSE:KKR) $78 billion credit platform.

Except for Ares Capital (NASDAQ:ARCC), FS KKR is the second-largest BDC franchise in the public markets. The BDC looks to companies in the upper middle market with annual EBITDA (earnings before interest, taxes, depreciation and amortization) of at least $50-$100 million.

At the end of fourth-quarter 2020, FSKR had total investments of $8 billion to 155 portfolio companies with approximately 66% of its lending for First Lien Senior Secured Loans. Other types of debt made up the rest.

The average yield earned on those loans is 8.5%, 560 basis points higher than the average interest rate FSKR pays on its borrowings.

The second of two BDCs in this collection of 10 dividend stocks, TriplePoint Venture Growth is the primary vehicle for its sponsor, TriplePoint Capital LLC, to focus its venture growth stage business.

Who is TriplePoint Capital?

It is a Silicon Valley venture capital company that provides both debt and equity financing to promising startups in the technology, life sciences, and other high-growth industries. TriplePoint has made more than $5 billion in investments and loans since its founding in 2006.

One of its portfolio companies is Sonder Inc., a Montreal-based provider of short-term rentals. Sonder recently announced it would merge with Gores Metropoulos II (NASDAQ:GMII), a special-purpose acquisition company (SPAC) backed by well-known investors Alec Gores and Dean Metropolous. The deal values the combined company at $2.2 billion.

If you’re going to have dividend stocks with high yields, it helps to include a cigarette company in the mix. They’re notoriously strong free-cash-flow (FCF) generators. In the case of British American Tobacco, it generated FCF of 9.8 billion British Pounds ($13.9 billion) in 2020, up 8.8% from 2019.

From a cigarette standpoint, it’s probably best known on this side of the pond for acquiring the 57.8% of Reynolds American it didn’t already own in July 2017. It paid $49.4 billion to gain control of brands such as Camel, Newport and Lucky Strike to go along with its own brands such as Rothmans and Pall Mall.

More recently, it announced in March that it would acquire a 19.9% equity stake in New Brunswick cannabis producer Organigram (NASDAQ:OGI). BAT paid 126 million British Pounds ($178 million) for the position. In addition, it will work with Organigram to continue to build its portfolio beyond nicotine.

With the tobacco company’s large investment, it’s not surprising that Organigram CEO Greg Engel stepped down less than two months after the announcement. BAT likely wants its own person running the show. 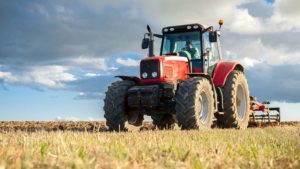 They only yield 6.7% instead of the 8% face value because they are trading above the original selling price of $25 per share. As best I can tell, 2010 was the last time it sold any of these 8% preferred.

As for CHS itself, it operates three different segments: Energy, agriculture and nitrogen production. In addition, it does a lot of hedging and financing along with participating in some joint ventures. Those activities are included in its corporate segment.

The company’s losses were generated exclusively by its energy business (-$54.7 million), which refines, wholesales and retails petroleum-based products including gasoline, diesel fuel, propane, asphalt, lubricants and others.

The profits of its ag, nitrogen production and corporate segments were $14 million, $11.2 million, and $22.8 million, respectively.

When you operate a price-dependent business like the sale of petroleum-based products, you’re going to have wide swings in earnings. The energy segment is already showing improvements in the third quarter.

This is definitely one of my recommendations you use to play defense. CHS has more than 11,000 employees committed to the cooperative to make sure it can pay out the projected $169 million in preferred dividends it expects in 2021. 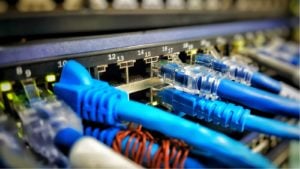 BCE is the first of two Canadian companies on my list. It’s one of the largest telecoms in the country. Consider it the AT&T (NYSE:T) of Canada without as much debt.

BCE balked at some of the terms Shaw was requesting that might have opened it up to possible regulatory risk. On March 15, Rogers announced its 26 billion CAD ($21.3 billion) takeover of Shaw.

As dividend-payers go, BCE is as solid as they come. 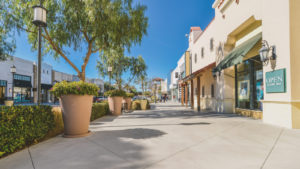 BRT Apartments is a real estate investment trust (REIT) that owns, operates, and develops Class A, Class B+ and Class B multi-residential properties in the U.S. Southeast and Texas.

The REIT targets acquisitions between $20 million and $100 million with an equity investment of $2 million to $20 million. Most of the properties it acquires have occupancy rates of 90% or higher, providing stable cash flow.

Millennials are moving to the Sun Belt markets and prefer to rent. The REIT is focusing on cities in the South, including Dallas and Atlanta.

BRT has an interesting history.

Now, with cap rates (net operating income divided by acquisition cost) much lower due to capital appreciation, it plans to sell more properties and use those proceeds to pay down debt.

Well managed, BRT isn’t trying to be the biggest REIT in America. It just wants to be the best. If past performance means anything, it’s succeeding. 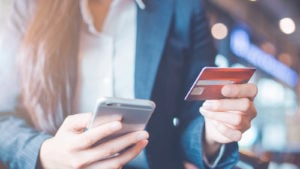 It finished the first quarter (March 31, 2021) with 1.3 trillion CAD ($1.1 trillion) in assets under management and more than 30 million customers worldwide. In the past 12 months, it paid out more than 31.3 billion CAD ($25.9 billion) in claims and benefits to those customers.

“We delivered very strong operating results in the first quarter of 2021, driven by double-digit growth in core earnings across all of our operating segments. While the overall impact of higher interest rates is positive over the long term for our Company, higher risk-free rates and a steepening yield curve within North America impacted net income in the quarter,” said Manulife CEO Roy Gori.

Manulife has operated in Asia for more than 120 years. The continent accounted for 33% of its core earnings in the second quarter, more than the U.S. or Canada.

Manulife’s been working on its cost structure in recent years. Its Q1 2021 results suggest it’s working. 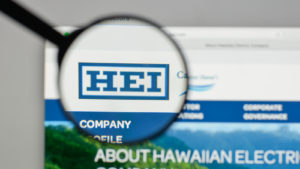 I recently recommended the Hawaiian utility in my article 7 Hot Stocks to Consider for a Greener Future. Although I had never heard of it, I became immediately attracted to HE because not only does it supply electricity to 95% of the state, it also runs American Savings Bank, a financial institution that dates all the way back to 1925.

One of its directors is Eva Zlotnicka, the founder and Managing Partner of Inclusive Capital Partners, a sustainable investing firm that she co-founded with ValueAct Capital founder Jeff Ubben and several other people. Inclusive owns almost 3% of Hawaiian Electric’s stock.

It’s no coincidence that a sustainable investing firm would take an interest in HE. Approximately 20% of its customers across all five Hawaiian islands have rooftop solar.

The apparel and footwear conglomerate — its top four brands are The North Face, Vans, Timberland, and Dickies — has been busy over the past few years reworking its portfolio of brands into a more “consumer-minded and retail-centric enterprise” that will operate more efficiently, producing greater profits from less effort.

To that end, it announced on April 28 that it was selling the occupational portion of its Work segment. Brands in this segment include Red Kap, VF Solutions, Bulwark, and several others. Its Dickies and Timberland Pro brands are not included in the sale.

The buyer of the work brands is Redwood Capital, a holding company that acquires and builds businesses across several industries, including apparel. Redwood Capital is the family office of Jim Davis, one of the founders of staffing firm Allegis Group. 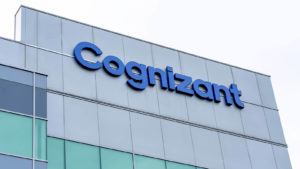 As one of the world’s largest providers of information technology consulting and services, Cognizant has been busy the past year helping its clients’ digital transformations.

In terms of sales by region, North America accounts for 75% of its overall revenue, Europe another 19%, and 6% for the rest of the world.

On May 5, it reported its first-quarter results. The company’s digital revenue grew by 15% over Q1 2020 and now accounts for 44% of its overall revenue.

“In the first quarter, we successfully executed our strategy of embracing digital, investing in international expansion and repositioning the Cognizant brand. Cloud migration and digital adoption create a significant opportunity for Cognizant in the coming years,” said CEO Brian Humphries.

For those who like share repurchases AND dividend income, Cognizant repurchased $234 million of its stock in the first quarter. It still has $2.6 billion left on its share repurchase program.

In 2020, Cognizant generated over $2 billion in FCF, providing it with plenty of excess cash to return to shareholders.

Will Ashworth has written about investments full-time since 2008. Publications where he’s appeared include InvestorPlace, The Motley Fool Canada, Investopedia, Kiplinger, and several others in both the U.S. and Canada. He particularly enjoys creating model portfolios that stand the test of time. He lives in Halifax, Nova Scotia.