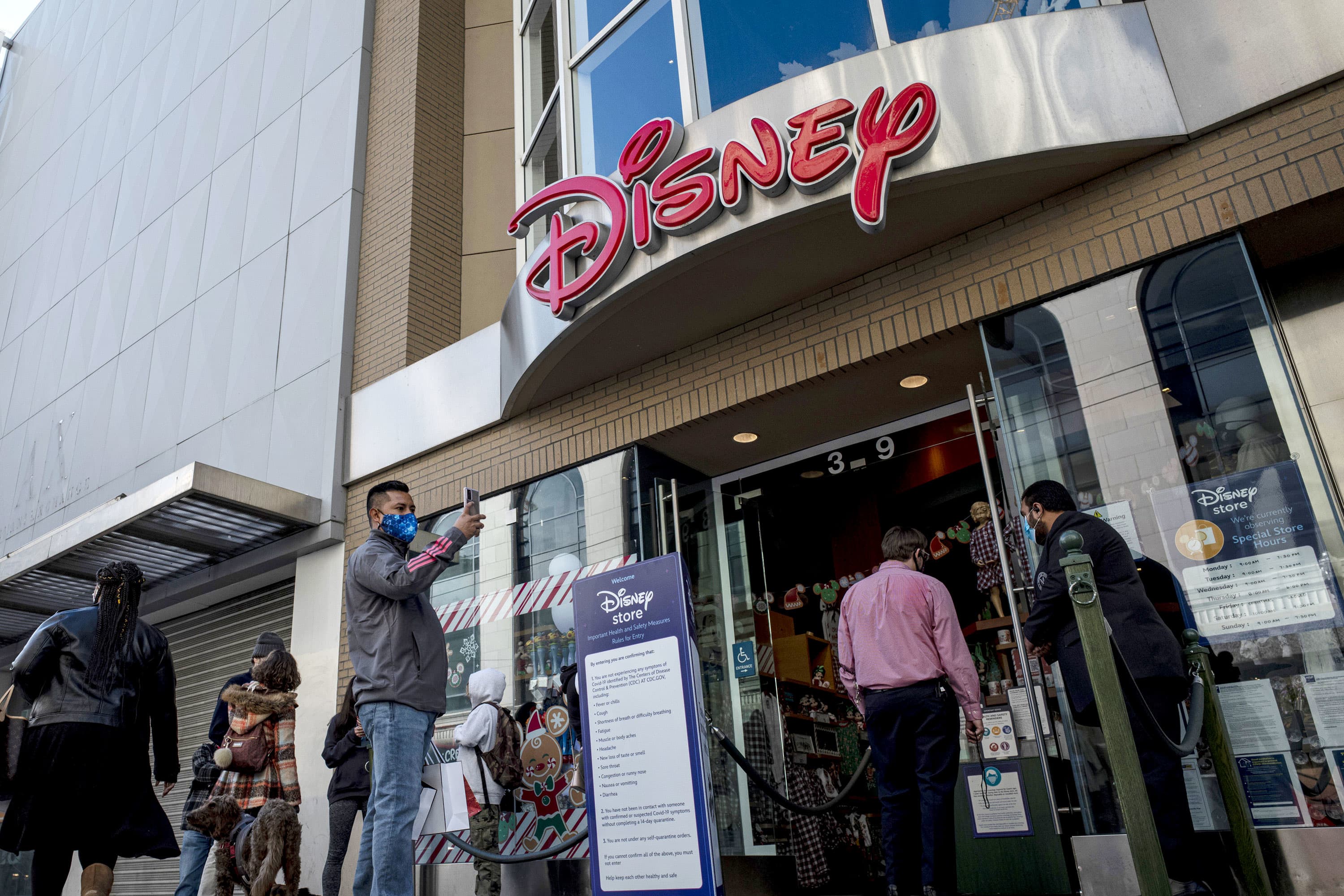 Check out the companies making headlines after the bell on Thursday:

Disney — Disney shares slipped more than 3% after the company’s fiscal second-quarter revenue missed analyst expectations. The media giant reported revenue of $15.61 billion, which was short of the $15.87 billion analysts surveyed by Refinitiv were expecting. The company also reported lower-than-expected subscriber counts for its streaming service. Disney earned 79 cents per share excluding items, which was ahead of the 27 cent per share profit the Street was expecting.

Airbnb — Shares of the home-renting company dipped 0.1% after Airbnb released its first-quarter results. The company posted revenue of $886.9 million, which was ahead of the $714.4 million analysts surveyed by Refinitiv were expecting. However, the company’s net loss tripled due to debt repayments and restructuring costs.

Coinbase — Coinbase shares slid 3.8% even after the company said its net income skyrocketed during the first quarter. The company’s net profit for the quarter was over $771 million, compared to $177 million in the fourth quarter of 2020. Monthly transacting users more than doubled.

DoorDash — Shares of the food delivery company jumped more than 8% on the back of the company’s first-quarter results. DoorDash reported revenue of $1.08 billion, which was ahead of the $994.3 million analysts surveyed by FactSet were expecting.