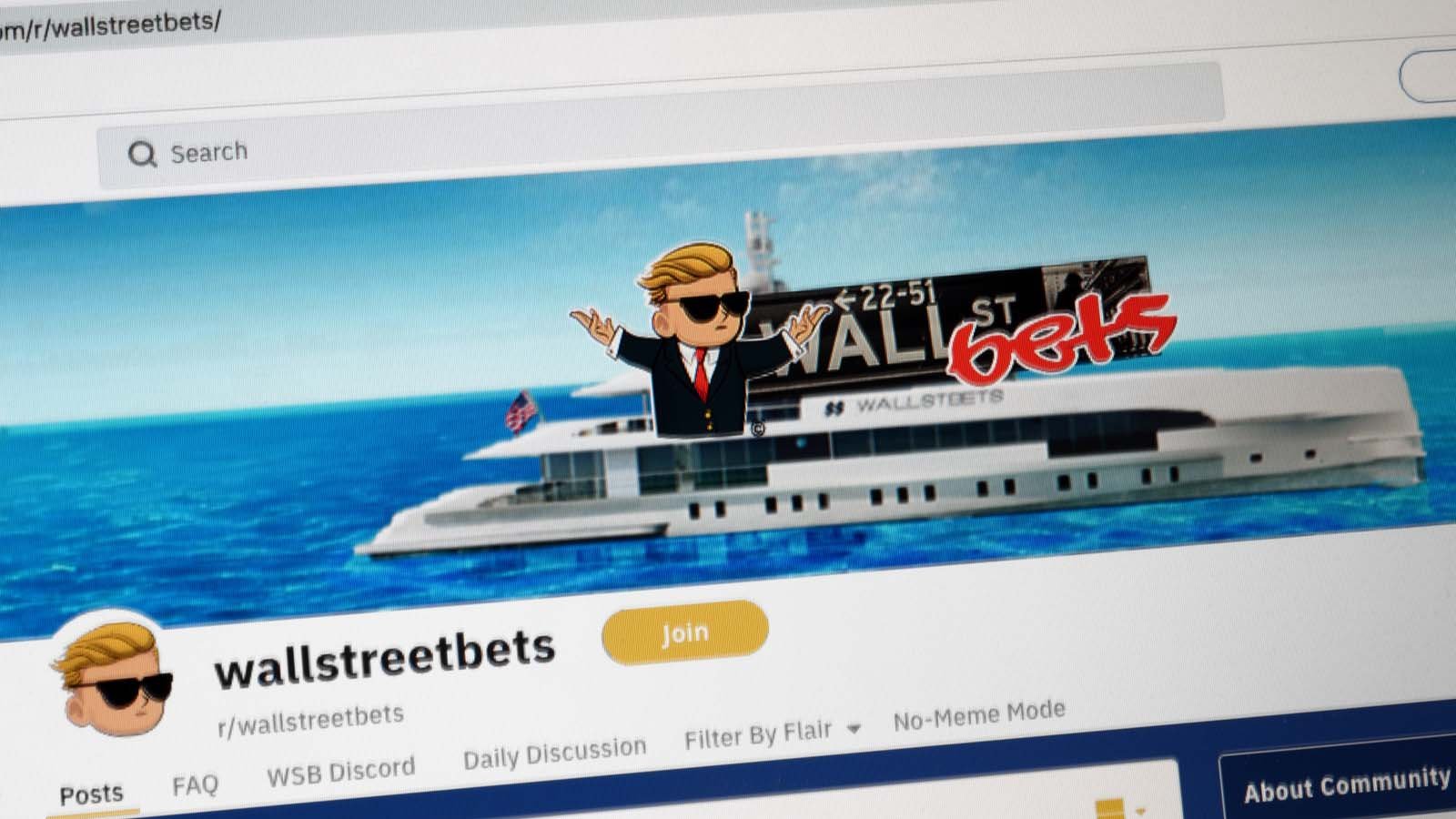 Since the start of May, tech stocks, including many so called “Reddit stocks,” have trended lower. The cause? Namely, fears of rising inflation. Related to this has been worries the Federal Reserve will do a 180 on its near-zero interest-rate policy.

On top of this, other factors have contributed to increased uncertainty. Some have speculated that wealthy investors have started to take profit now, ahead of possible increases in capital gains taxes on the wealthy down the road.

Now, even with these many factors putting downward pressure on tech stocks, it’s not definite the selloff will continue. Concern about rising rates is starting to ease. If investors regain confidence that the Fed won’t raise rates, it may be enough to keep tech stocks steady. On the other hand, we may be in the eye of the storm. The aforementioned concerns could pick back up. There may be another selloff just around the corner.

So, which tech and tech-adjacent Reddit stocks could be trouble if the selloff continues? These seven stocks may be at risk at making another major drop lower:

Source: Around the World Photos / Shutterstock.com

Earlier this year, SPAC (special purpose acquisition company) play CCIV stock was one of the hottest names around. Shares in this blank-check company rose more than six-fold on just the rumor of its merger with hot EV (electric vehicle) start-up Lucid Motors.

But, once the deal became official, shares immediately tumbled from around $57 per share to around $35 per share. As SPAC stocks continued to trend lower through the spring, shares continued to slide. Today, the stock changes hands at around $19 per share.

Some may see this stock today, down big from its highs, as a tempting buy-the-pullback situation. Yet, while Lucid may have what it takes to give Tesla (NASDAQ:TSLA) a run for its money, it’s not set in stone the startup, which has yet to begin production on its line of luxury EVs, will become a leading name in this space. As I wrote earlier this month, incumbent luxury brands, not Tesla, may be its greatest threat.

EV stocks in general are at risk of making another leap lower. The electrification megatrend is still in play. But, stocks in this space remain overvalued, as their valuations imply the pivot to EVs will happen much sooner than expected. With the added risk of competition from European luxury car makers going electric, investors may have more reason to push this SPAC down to its offering price ($10 per share) before the deal even closes.

Ideanomics was another name that was like catnip to Reddit investors earlier this year. A penny stock with high exposure to the EV megatrend, it’s no surprise its shares saw a triple-digit percentage move higher during the height of last winter’s “meme stock madness.”

As investors buy less on the headlines, and more on fundamentals, this company, a grab bag of EV industry holdings, looks vulnerable to fall back further toward its pre-hype prices. Yes, there has been a recent development helping to boost interest again in IDEX stock. I’m talking about the company’s announced acquisition of U.S. Hybrid, a maker of powertrain components for electric and hybrid vehicles.

Yet, this alone does little to justify making this a buy. The company has executed scores of deals since last year, when it transitioned from a fintech company to an EV company. Ideanomics may succeed in its cobbling-up of smaller EV companies. The problem? At its current valuation (around $1 billion market capitalization), the potential of its menagerie of wholly owned subsidiaries and investments is fully factored into its stock price (currently around $2.75 per share).

This stock has held onto most of its gains, thanks to the still-inflated valuations for EV stocks, coupled with what remains of meme stock/Reddit stock enthusiasm. But, if the selloff continues, and valuations contract further, shares in this fledgling EV outfit may end up back where they were last fall (well under $2 per share).

Lidar (laser radar) technology, which is used in autonomous driving applications, is one of the hottest technology trends right now. In recent months, MicroVision (NASDAQ:MVIS) has become one of the top plays in this space. But, Luminar, which went public via a SPAC merger late last year, may be the one best positioned to dominate, as the use of this technology goes into hyperdrive.

Shares have fallen more than 50% off their highs. But, at its current prices (around $22 per share), LAZR stock remains richly-priced. At today’s prices, the stock sports a market capitalization of around $7.2 billion. Yet, it’s trailing 12-month revenues stand at just $15.4 million. Sales in 2021 are only projected to come in at $27.9 million, with 2022 projections calling for around $37.9 million in revenue.

Admittedly, it’s a bit short-sided to sour on this early stage company’s stock based on its sales last year, this year, and next year. A few years down the road, once lidar becomes widely used in new vehicles, Luminar, which already has partnerships with seven of the world’s top automakers, could rapidly scale into a multi-billion dollar business.

The future may be bright. But, in the meantime, near-term uncertainties could result in its current valuation seeing further contraction. This may be a great opportunity after a big correction. But, now? The risk of near-term declines outweighs the potential for gains.

NIO stock may have a key megatrend on its side (the rise of EVs in China). But, that’s not enough to justify the China-based vehicle electrification play’s still-inflated valuation. It may be down around 50% from its peak. Yet, given how its delivery numbers have been trending, it’s debatable whether the company still deserves a $54.8 billion market capitalization.

This high valuation, for a company that has generated just $3.5 billion in sales in the past 12 months, may make sense if continues to grow at levels seen last year. But, with the hiccups from the global chip shortage, along with rising competition in its home market, delivery growth may fall far short of projections.

EV stocks in general, including the most promising ones, are at big risk of a continued correction. Last year, as the hype around EV names accelerated, bolstered by factors such as the U.S. “blue wave” election results, popular names in this sector continued to make new highs.

But, now, with speculators moving away from Reddit stocks, there’s no longer as big of a pool of investors willing to buy on FOMO, the headlines and momentum alone. The company may be beginning to position itself as global EV name, as seen from recent news of its expansion into Europe. Yet, as the market reassesses EV stock valuations, and tech-related stocks in general sell off, this 2020 stock market winner could see further losses in the second half of 2021.

Big data play Palantir is another tech name that became overheated due to Reddit stock mania. When the stock debuted after its direct offering last fall, investors showed little interest. But, seeing the incoming Biden administration as a positive for its bread-and-butter governmental business, the hype around this company took off after last November’s U.S. presidential elections.

As a result, shares zoomed from around $10 per share, to as much as $45 per share. Since February, though, like many meme stocks, investors reassessed the situation. Sure, the company is set to experience high levels of revenue growth (30% plus) this year and the next. But, with its disappointing growth among clients in the private sector, analysts are starting to doubt how long this stock will remain a growth story.

These increasing doubts have helped to push PLTR stock down, from $45 per share to around $20 per share today. But, even at its current price levels, valuation may still be inflated. Trading for 149 times forward earnings, and nearly 27 times this year’s projected sales ($1.48 billion), this stock meets the definition of “priced for perfection.”

Yet, even if Palantir manages to remain in high-growth mode, its current valuation may not hold. If tech stocks continue to sell off, shares in this future-of-data play will likely see another big drop lower.

Plug Power may not be in the EV business. But, with the increased interest in clean energy by both governments and businesses around the world, interest in this company’s hydrogen fuel cell (HFC) technology has seen a tremendous boost. The company has been around for decades. But, 2020 was the year its longtime efforts to make HFC a viable alternative to fossil fuels started to pay off.

In turn, PLUG stock, which a year ago was still a penny stock, rode the wave, soaring to as much as $75.49 per share. But, since peaking in January, the contraction in “green wave” stock valuations has hammered the stock back down to less frothy price levels. And, that’s not been the only issue. Red flags, including its massive accounting restatement, have resulted in investors viewing the company with a more critical eye.

As our own Matt McCall discussed May 13, if markets get rocky, investors will hunker down in higher quality names instead of this one. Projections may call for double-digit sales growth over the next few years. Yet, still unprofitable, and with an OK-but-not-great balance sheet, its shares could see a more outsized decline if markets experience a meltdown.

Reddit hype for this stock has left the room. Investors looking at Plug Power today are kicking the tires a lot more now. With more stable green wave plays out there, this one remains at risk of falling further from its current prices (around $27 per share).

Virgin Galactic was one of many companies taken public via SPACs sponsored by Chamath Palihapitiya. Earlier this year, Palihapitiya was on top of the world. Shares in not just Virgin, but other names he took public, like Opendoor (NASDAQ:OPEN), were flying high.

But, now, after the SPAC wipeout, he’s no longer looking like the next Warren Buffett. Investors aren’t willing to pay up for his collection of SPACs and former SPACs anymore. Yet, it’s not only this change in sentiment that’s behind the drop in SPCE stock from more than $60 per share to around $20 per share.

As recent headlines suggest, it may be losing out to its better capitalized rivals. This company may have Palihapitiya, along with its billionaire founder, Richard Branson, behind the scenes. But, the space exploration company’s peers, Elon Musk-backed SpaceX and Jeff Bezos-backed Blue Ocean, have even deeper-pocketed sponsors behind them.

Not only that, take the money and run seems to be the play among those connected with Virgin Galactic. Branson sold shares to shore up his struggling business empire. And Palihapitiya? He sold all of his personal stake in the company. With weakening prospects, and its insiders cashing out, SPCE stock may be destined to fall further back to Earth. And, if tech stock selloff intensifies? It could be a crash landing.

On the date of publication, Thomas Niel did not have (either directly or indirectly) any positions in the securities mentioned in this article. The opinions expressed in this article are those of the writer, subject to the InvestorPlace.com Publishing Guidelines.

Thomas Niel, contributor for InvestorPlace.com, has been writing single-stock analysis for web-based publications since 2016.