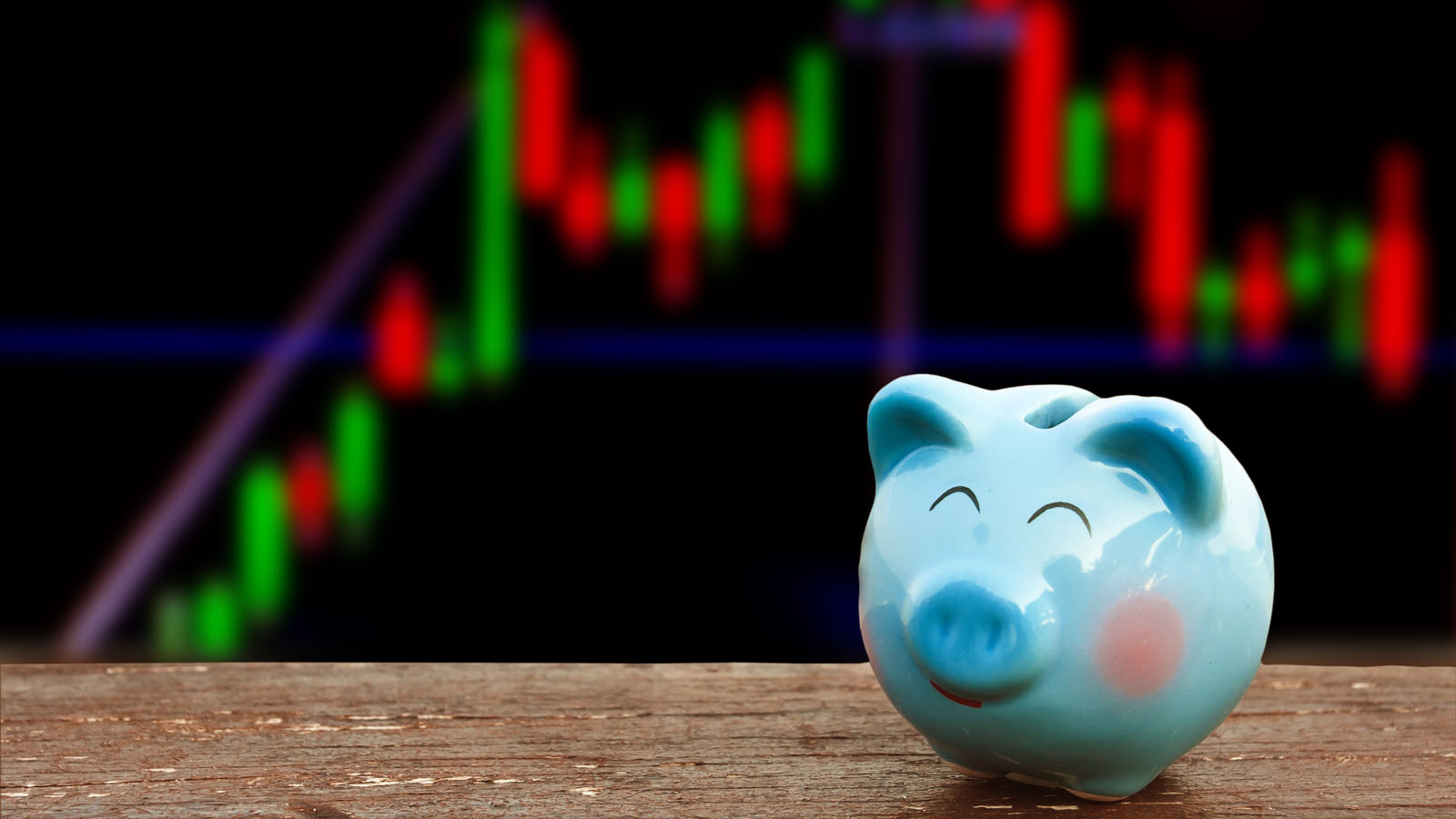 As the title suggests, you may be able to have your cake and eat it too. That’s because dividend-bearing cheap stocks offer cash flow in the form of a dividend and a chance at real returns through quick price appreciation.

Larger cap, more traditional dividend stocks are coming back into fashion as the pandemic draws nearer to an end in the U.S. Yet, investors are also seeking growth, which is why dividend cheap stocks will pique the interest of a certain type of investor. They’re certainly a middle path to play in risk but with a degree of safety in the dividend.

So, for the investor who wants to mitigate their risk while still speculating in the inherently risky territory of penny stocks, this is the way to go. Bearing that in mind, let’s consider seven cheap stocks that fit that profile.

MFA stock currently sells for $4.41 per share and has appreciated 162%, from $1.66, over the past year. The company’s dividend is healthy but should also be understood for what it is.

As I mentioned, it is healthy. This is true based on its 0.32 payout ratio. According to dividend.com, a payout ratio of 35% to 55% is considered ideal. Therefore, MFA Financial’s 32% payout ratio is slightly lower than the 35% lower end of the ideal range. But this is probably better because it indicates more safety than if the dividend were at the higher end of the range. The point is there is little to indicate that MFA Financial might suddenly become unable to distribute a dividend payment to investors.

The current dividend is 7.5 cents, which equates to a 6.74% forward yield. The company has recently committed to undertaking a stock repurchase program. The press release states “On November 2, 2020, MFA’s Board of Directors  authorized a share repurchase program under which MFA may repurchase up to $250 million of its common stock through the end of 2022.”

The company had been issuing a 20-cent dividend with consistent regularity dating back to 2013. That indicates that the company may increase its dividend when risk patterns warrant such a move.

All in all, there’s a lot to like in this REIT with a balance of safety and reward. 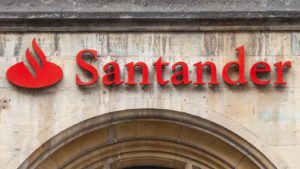 Banco Santander is inherently risky, given its status as a penny stock trading around $4.10 per share. But it should also be noted that its dividend also carries some risk as well. I say that for a few reasons.

First of all, its three most recent dividends have varied in price from 6.9 cents, to 10.7 cents, and, most recently, 3.3 cents. The risk here is that you simply don’t know what you’re going to get.

Second, SAN stock didn’t pay a dividend for the entire year of 2020. You can probably guess what drove management’s decision to pause its dividend. Nevertheless, it sets a precedent at the company which had paid a continuous, if changing, dividend since well before the millennium.

If that volatility irks you as an investor, there is also some solace to be had. Although Banco Santander is a penny stock, it has significant Wall Street coverage. The analysts who cover SAN stock consider it overweight, with 14 rating it a buy, seven a hold and two as a sell. Equally important, share prices have doubled over the past year. There is clearly a chance at both returns and cash flow from SAN stock.

Telefonica is not a penny stock, but it certainly still qualifies on a list of cheap stocks. As I write this, it trades at $5.15 per share, just outside of the $5-and-under strict definition of a penny stock. Irrelevant, but worth noting.

Telefonica’s recent earnings should give investors real reason to consider picking up TEF shares. The company recorded a 118.3% increase in revenues in the first three months of 2021 compared to the same period in 2020. It managed to bring in 886 million euros in the period. The company has made a concerted effort toward increased efficiency and has seen debt decrease by 6.4% while increasing revenues. Earnings per share (EPS) also increased by 150% during that same period.

Telefonica also pays a relatively high dividend with a 9.5% forward yield. Its semi-annual dividend has paid between 22 and 24 cents since 2017 and looks steady. The one thing to note is that the payout ratio is well above the healthy, sustainable range and sits at 1.17.

CHKR stock represents ownership in royalty interest in oil and natural gas property in Oklahoma’s Anadarko basin. CHKR stock is a true penny stock that trades for about 40 cents. Over the past year, Chesapeake Granite Wash Trust has steadily traded at that price. However, as recently as late 2018, it traded at a price roughly four times higher. As the economy reopens and demand for oil and gas increases, CHKR stock has a chance to quickly retrace those former highs.

While that’s good and well, its dividend is also a prime point of attraction. It yields a massive 14.06%, which equates to 4.7 cents quarterly. The company only owns the royalty interests related to activity on the oil and gas producing property. The inherent volatility and risk/reward profile in such a company was exemplified by events in February.

The company issued a statement regarding the deep freeze:

“Significant demand, coupled with freeze related natural gas production curtailment resulted in supply shortages prompting natural gas prices to spike in mid-February causing an increase in production revenue that is not a normal or recurring event. For reference the average realized natural gas price for the combined months of December 2020 and January 2021 was $0.67/mcf and February 2021 realized price was $18.13/mcf.”

As a result, its dividend spiked. The point here is that unforeseeable risk and reward are attached to this stock. 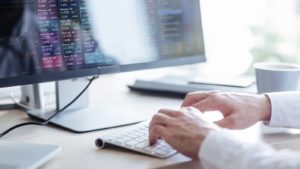 BlackRock Capital Investment Corp. is a fund focused on mid-market companies as measured by EBITDA (earnings before interest, taxes, depreciation and amortization) within the range of $10 million to $1 billion. The company is sector-agnostic in the firms which it provides capital to.

BKCC trades for about $4 per share and currently carries a 10-cent dividend yielding 9.93%. BlackRock Capital Investment Corp. is not to be confused with the much larger BlackRock Inc. (NYSE:BLK).

The portfolio of BlackRock Capital Investment Corp. includes 60 companies, up from 55 at the end of 2020. The company is acquiring an increasing amount of first lien debt, up from 50% to 62% in the same period. First lien debt is prioritized higher and has the first right to assets in the event of liquidation and bankruptcy. This shift may indicate that the company sees increased risk. However, it is simply better to have rights to unsubordinated debt at any time. 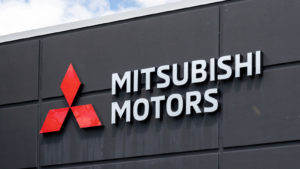 Like Telefonica stock, Mitsubishi Financial Group stock is technically just outside of the penny stock range. Nevertheless, it belongs firmly on this list of cheap stocks. It trades at $5.78, and has dipped below the threshold multiple times over the past few years.

But unlike some of the other names on this list, it does have Wall Street coverage. Of the 11 analysts who do cover MUFG stock, none have it rated lower than hold. Its three hold ratings are outweighed by six buy ratings, making it overweight all told.

Mitsubishi is a massive company, and MUFG stock represents banking, asset management and a broad spectrum of other financial services. It also employs nearly 140,000 people.

MUFG stock carries a forward dividend yield of 4.14%, which is modest relative to others on this list but respectable nonetheless. A company of Mitsubishi’s size necessarily has to be more conservative. And from that perspective, there are some things to really appreciate about MUFG stock.

While the yield is modest, it is growing. The dividend’s five-year growth rate of 6.8% is good. The payout ratio is 70%, which indicates a few things. First, it’s at the higher end of the spectrum, but not unsustainable by any means. Second, being higher, it indicates that management is strongly dedicated to providing investors with those cash flows. It may be among the more conservative plays here, but MUFG stock has plenty to like about it.

Ambev produces and sells alcoholic and non-alcoholic beverages primarily in South America, Central America and the Caribbean. Investors who take a look at ABEV stock and its price chart over the last year will understand that there’s potential for quick returns. There has been a lot of volatility, meaning paper gains can come quickly.

The dividend associated with Ambev SA is an annual one, and relatively small. The most recent payment was in February and paid a very modest 1.4 cents. That particular figure probably isn’t going to attract investors in droves.

However, Ambev SA does have a lot of strong value investing metrics on its side. In terms of financial strength, Ambev SA has a strong cash-to-debt ratio and creates value based on its return on invested capital of 14.09%. That figure far outpaces its cost of capital of under 7%.

Margins are high, and traditional value metrics like its price-to-earnings (P/E) ratio, respectable. So, while the dividend won’t blow you away, other metrics might just draw you in.

On the date of publication, Alex Sirois did not have (either directly or indirectly) any positions in the securities mentioned in this article. The opinions expressed in this article are those of the writer, subject to the InvestorPlace.com Publishing Guidelines.

Alex Sirois is a freelance contributor to InvestorPlace whose personal stock investing style is focused on long-term, buy-and-hold, wealth-building stock picks. Having worked in several industries from e-commerce to translation to education and utilizing his MBA from George Washington University, he brings a diverse set of skills through which he filters his writing.”